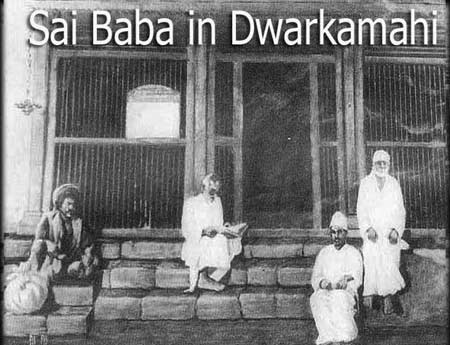 Dwarkamai was the mosque where sai baba stayed at his last breathing . He slept most of night here . Dwarkamai is situated on the right side of the entrance of Samadhi Mandir. Here. Baba lit up lamps every evening. It was here that Baba spent his days sitting on a huge stone which is preserved till date. Even the sacred dhuni (fire) which was kindled by Baba is lit to till this date. The miraculous udhi (ash) from this fire is used by pilgrims and is considered to be immensely divine. The Masjid has a life-size portrait of Sai Baba which he himself received and said that after me the portrait would continue to live here. The Dwarkamayee Masjid in fact holds more importance for many devotees of Sai for being the place where this pure soul spent his life.
There was also has the grinding stone and the wooden vessel called Kolamba in which
Baba used to keep the Bhiksha brought from the village.

Sai Baba first came to Shirdi at age of 16.He was first spotted seated under a Neem tree. This place came to be known as Gurusthan. The neem leaves left their bitterness due to the presence of Sri Sai Baba in its shade.The renovation of Gurusthan was made on 30th September, 1941. On the side is a marble statue of Baba. In front of the portrait is a Shivling and the Nandi. Photos of twelve Jyotirlingas are kept in the temple.

Lendi Bagh is neat from Gurusthan. Lendi Bagh was made by Sai baba and watered daily by him. Sai baba used to visit here and took care of it . he gave it name from
At some distance from Gurusthan there is the Lendi Baug. This Bagh was made and watered Nalla (a drain )
Baba dug a pit, 2 feet deep, under the Neem tree and kept a Deep lit in that pit.

At the Ahmednagar-Kopergaon road is situated the Khandoba temple dedicated to Lord Shiva. One of the oldest temple of Shirdi it was here that Pujari Mhalsapati called Baba with the name ” Aao Sai “! This temple is one of the earliest places in Shirdi where Baba laid his feet. In this temple there are icons of Khandoba, Banai and Mhalsai. Om Sai Ram. 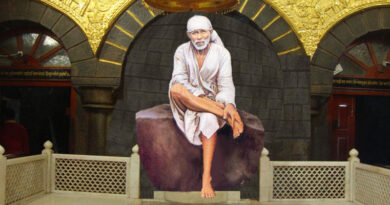 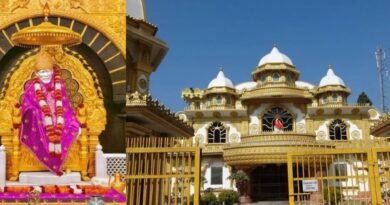 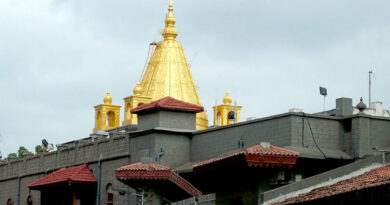