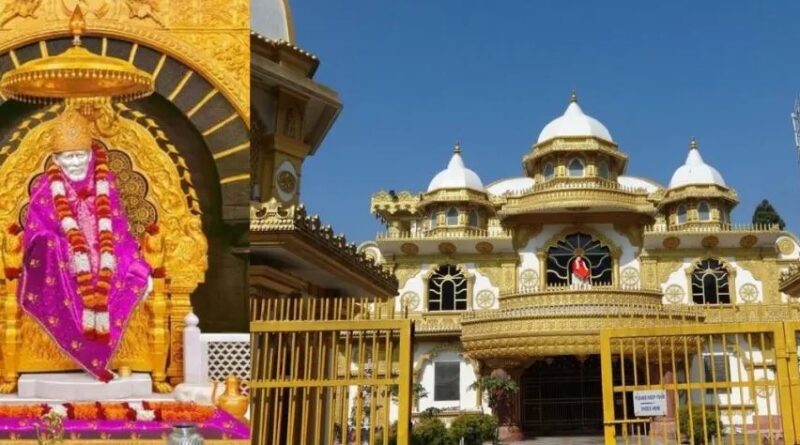 The three main festivals in Shirdi, of two to four days each, are Ramnavami (March/April), Gurupoornima (July), and Vijayadasami (September/October). In Shirdi, these festivals are celebrated with great ardor, passion verve and heartfulness. Thousands flock to bathe in the grace which seems to flow especially freely at such times. There is a programme of puja, music (bhajan), public parayana (reading of scriptures and devotional texts) and exuberant processions with the palanquin and the rath (chariot). 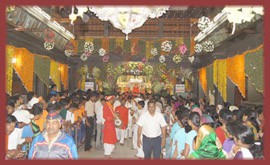 The Samadhi Mandir remains open all night during one of these days, with the upper section of Dwarkamai being open the previous night, and there are all-night bhajan and qawali sessions at various locations around the village, including Lendi Gardens. Printed programmes with full details are available from the Sansthan. On the special atmosphere that prevails at such times, Sri Babuji has commented, “When there is a collective activity or endeavour, then it is easy for the love and the experience to sink into the heart. On ordinary days it is as if you have to sail with your oars and row, but on these days it is just like setting the sails and then letting yourself be happily carried along by the wind!”

Vijayadasami is a major festival celebrated throughout India under different names and with regional variations, as the victory of good over evil. It is also known as Dusserah and is the culmination of the nine days of goddess worship. For Sai devotees, it is venerated as the holy day that their beloved gurudeva attained mahasamadhi (also known as punyatithi) and is a big festival in Shirdi. This was also the day on which the statue of Baba “came to life” and was inaugurated in the Samadhi Mandir.
Gurupoornima (“poornima” means full moon) is the day on which disciples and devotees honour and felicitate their guru and seek his or her special blessings. Although it is not a major festival for everyone in India, it is of great importance in Shirdi, being the only festival which Baba asked devotees to celebrate. It falls on the full moon day of the month of Ashad in the Hindu calendar (June-July). 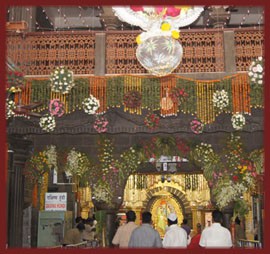 The festival originated in the Buddha s time when the monks used to take diksha (instructions on their spiritual practice) at the beginning of the annual four-month rains-retreat. The practice was then borrowed by the Jain tradition and later by the Hindus.
According to H. V. Sathe, Gurupoornima celebrations in Shirdi were started one year when Baba called Dada Kelkar (probably in 1910) and said, “Don t you remember that this is Gurupoornima? Come on, go and worship that post there.” That post is in the mosque. Later Dada Kelkar told others, and so everybody thought that Baba gave importance to Gurupoornima; thus the tradition started.
In 1897, Gopalrao Gund proposed holding an urs in Shirdi as an expression of his gratitude to Baba for having been granted the birth of a son after many childless years. Baba gave his permission for the celebration and fixed the day for Ramnavami. This was an ingenious touch of Baba s. Urs is a Muslim festival honouring a Muslim saint (usually one who has passed away); by holding the urs on the day of a Hindu festival, the two communities were brought closer together in a natural yet remarkable way. The festival gradually grew in importance and in 1912 some devotees asked Baba if they could celebrate Ramnavami, since it fell on the same day (Ramnavami is the anniversary of Lord Rama s birth). Baba agreed and the festival was held in grand style. From that day, says the Sri Sai Satcharitra, “the urs was transformed into the Ramnavami festival”.
In Shirdi, two locally historic rituals are carried out during this festival: the sack of wheat that is kept in Dwarkamai is changed and the old one taken to Prasadalaya to be used there, and secondly, the Dwarkamai flags are replaced. When the urs was first celebrated, Gopalrao Gund prevailed upon
his friend to supply a flag for the procession. This was Damu Anna Rasne of Ahmednagar who had similarly been blessed by Sai Baba with sons, having come to Baba for this purpose on the recommendation of Shama s father-in-law. In addition, Gund asked Nanasaheb Nimonkar to supply a second flag with embroidery. This was also done and both flags (described as “huge” by M. W. Pradhan, who saw them) were taken in procession through the village and fixed at the two corners of the mosque. Descendants of these two devotees continue this tradition and flags are brought and offered at Baba s samadhi before being taken on a grand procession. The procession begins – as it did in Baba s time – at the house of the three carpenters who did the bulk of the repair work on the mosque (Tukaram, Gabaji and Kondaji, the first of whom personally served Baba for several years). In the evening, the descendants of Abdul Baba perform a traditional “sandal procession”, finishing at Dwarkamai and applying the sandalwood paste to the nimbar there. 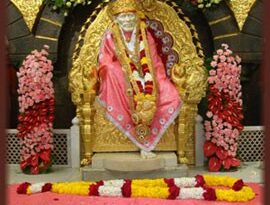 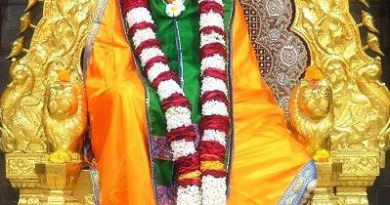 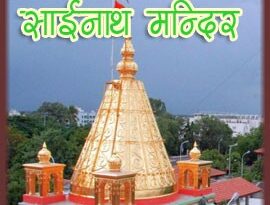